Camper was a stray dog born to a homeless momma. Once he was old enough, he parted ways with his dog mom and went on his own. He lived a challenging life but he surely knew how to have fun.

For quite a while, Camper spent his days by the mountainside. That’s where he scavenged for food. He wasn’t too lucky all the time but he didn’t starve because he didn’t have much competition in the woods. 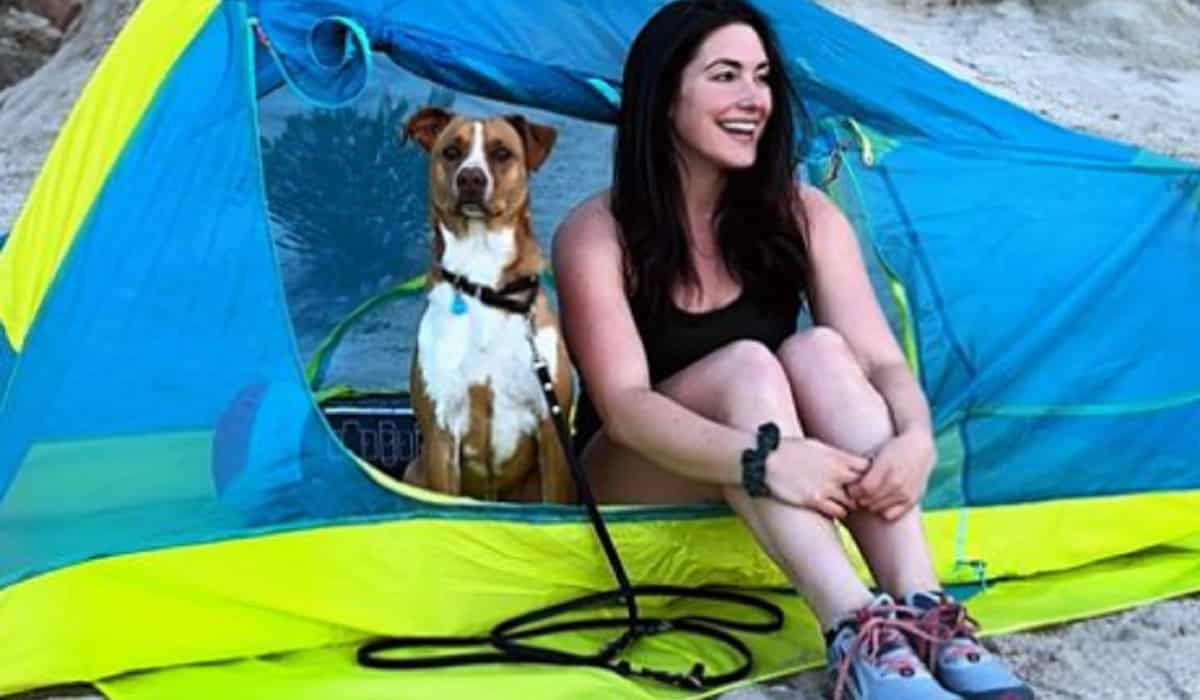 A lot of people hiked the mountain where Camper lived. He saw them go in groups or individually. He was so used to being around humans, but only one person, in particular, caught his attention, a female hiker named Nikki.

Nikki is a full-time traveler. She spends all of her time on the road and she loves exploring nature. She sees and experiences new things every day. But when she met Camper, she was in for a whole new fun and adventure. 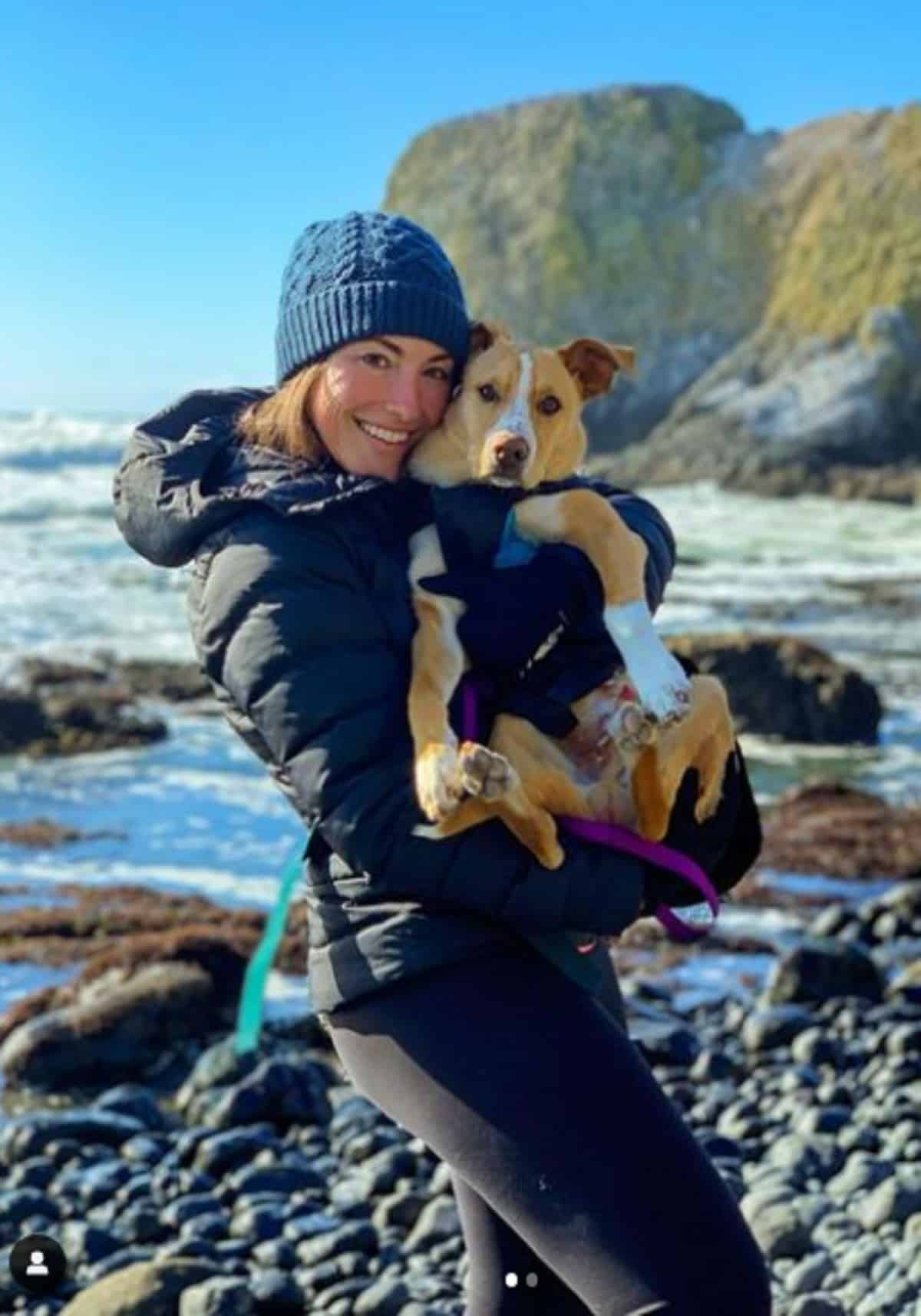 While on a hike, Nikki noticed Camper has been following her. He didn’t cause trouble so she let him tag along. And as the hike progressed, she felt something different. She started to bond with him and she seemed to understand that he wanted her to keep him.

Camper chose Nikki to be his mom, and while she didn’t have any plans of adopting a dog, she just couldn’t say no. She felt a very strong connection with him that she cried for no reason at all. She didn’t know what it was except she knew she loved him and she wouldn’t leave him behind. 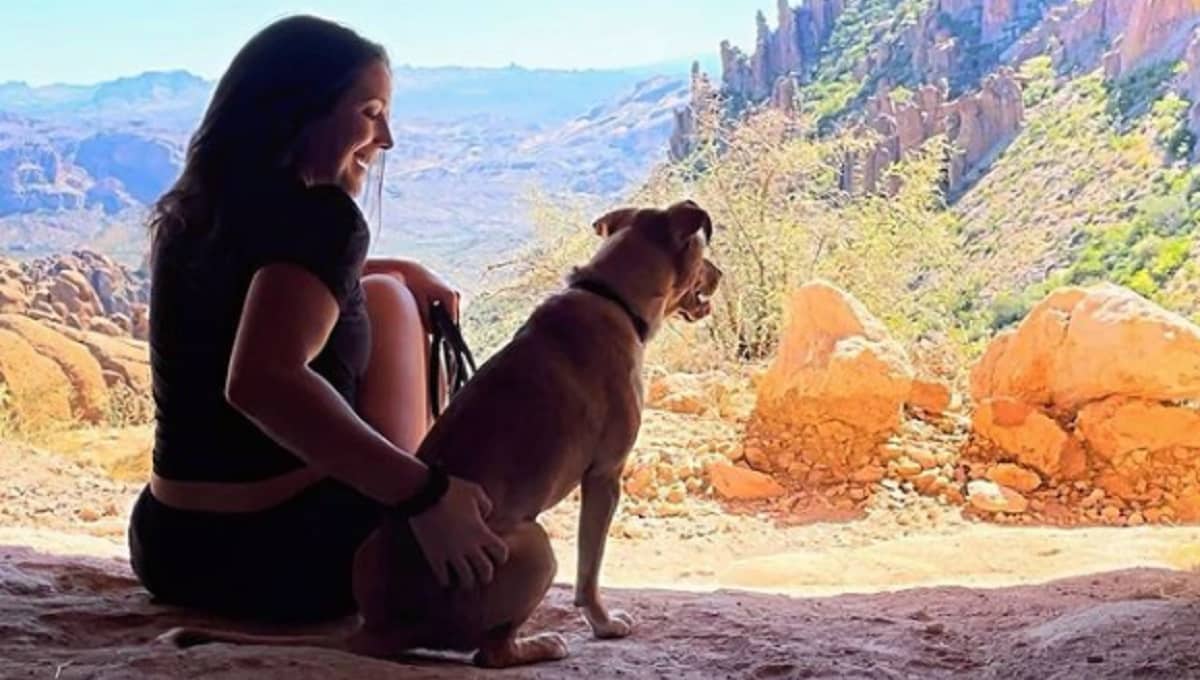 Nikki took Camper to the nearest vet in town for a health check. She wasn’t pleased she had to leave him for a stray hold. But several days later, the vet called and told her no one claimed him, and she was ecstatic.

Nikki and Camper are now traveling buddies. They go to the beach, the desert, and the mountains. They visit new places every day and they are happy they made the decision to stay by each other’s side.

Credits to Nikki Delventhal and The Dodo

Rescuers Find Scared Dog Hiding In A Bush, Owner Refuses To Take Him Back As He Is An Unwanted Gift

A Skilled Golden Retriever Patiently Waits For A Fish And Then...

Our canine companions play a variety of roles in our lives. They could be a service animal or a cuddly goofball for us to...

Watch As An 80-Pound Pit Bull Develops A Strong Attachment To...

A German Shepherd Employed Every Trick In The Book To Get...

A Haven For All Retired Military Dogs Was Put Up By...

A Man Who Despises Dogs Finds Himself Falling In Love With...