When Christine Hill and her children went to an educational animal facility in Santa Barbara, California, they witnessed an African spurred tortoise named Larry being attacked by larger male tortoises. This horrific display was part of a tortoise show where the caretakers just let nature run its course.

The family decided that it was not okay to let Larry get bullied. At that moment, Hill knew that the right thing to do was take the tortoise home, where she cares for several other rescue animals. 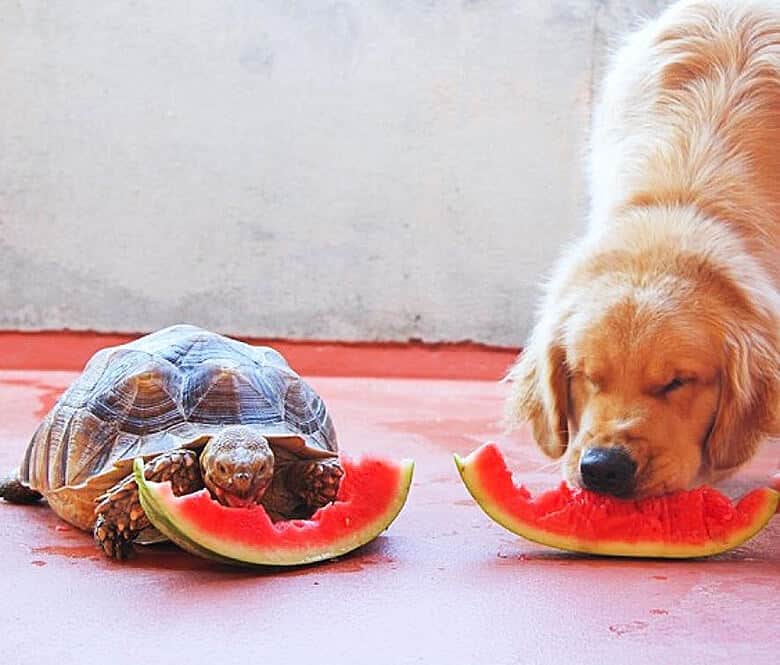 After the facility consented to release the tortoise, Larry returned home with Hill and her children. Larry was initially unhappy. He was on high alert and tried to escape through the fence. But when he met Hill’s golden retriever, Cricket, his life changed forever. They both fell in love at first sight.

Cricket, according to Hill, came right over to comfort Larry when he saw that he was in distress. Larry relaxed for the first time in his life as the dog sat close to him. Hill went on to say that Larry is a lot more comfortable now, and he is no longer afraid even when he isn’t around Cricket. 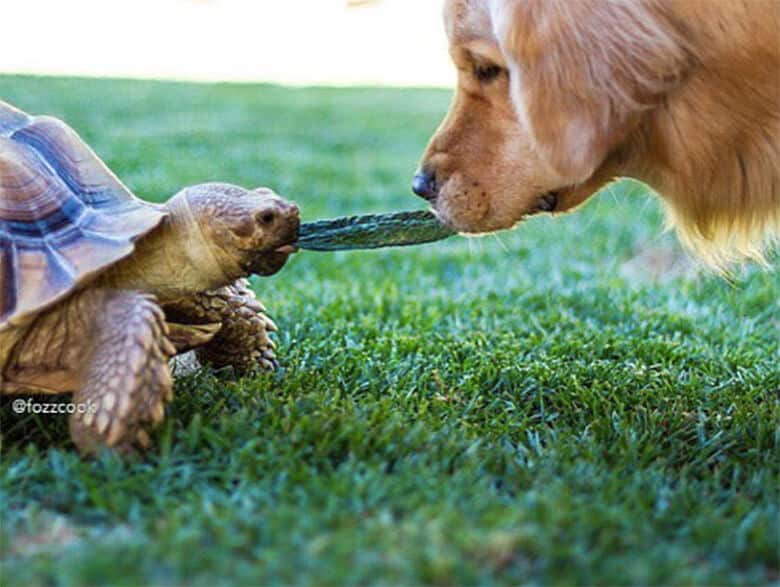 The unlikely but adorable duo does everything together. They go for walks together, eat together and sleep next to each other. Larry even decided to crawl under Cricket’s bed when he hibernated.

Larry acts like he’s in charge when he’s not hibernating. The other rescues have nothing but respect for him. And when the dogs are too lazy to move, he takes it upon himself to herd the chickens out of the kitchen. 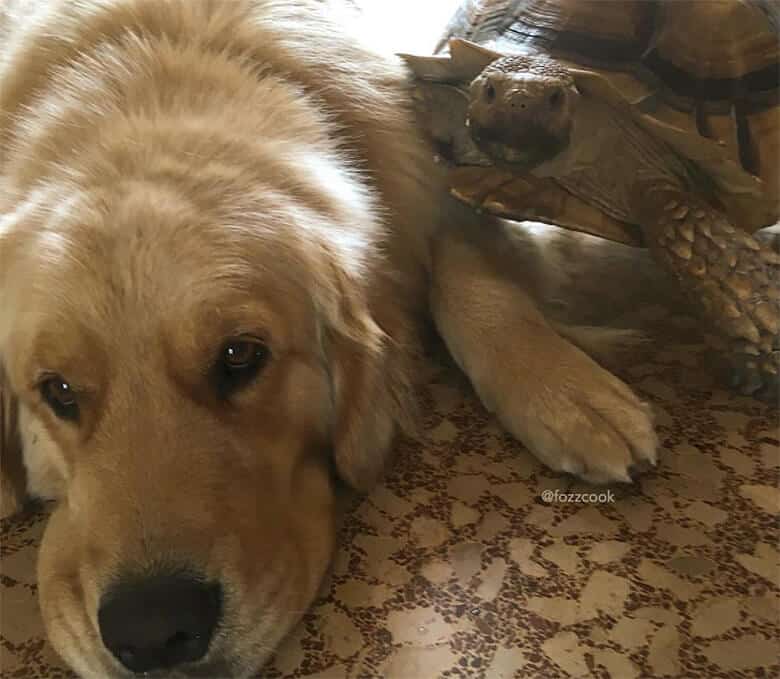 Larry is a native of the southern part of the Sahara Desert, so he thrives in the Californian climate. Hill went on to say that Larry loves his new home. He has never bothered to escape through the property’s fence again, as he did at first.

A Skilled Golden Retriever Patiently Waits For A Fish And Then...

Our canine companions play a variety of roles in our lives. They could be a service animal or a cuddly goofball for us to...

Watch As An 80-Pound Pit Bull Develops A Strong Attachment To...

A German Shepherd Employed Every Trick In The Book To Get...

A Haven For All Retired Military Dogs Was Put Up By...

A Man Who Despises Dogs Finds Himself Falling In Love With...